Great post from a friend. We are living in a time when courtesy has ducked out the door for too many. Too many young males brought up without a father figure, looking for guidance in the streets and finding it with street bullies. If they have a known father watching his behavior hitting on woman after woman, with a dozen offspring or more waiting to be claimed. We have as an electoral body representing the people put trump in office who is proud of pussy-grabbing and treating women as trophy objects polished up and put on display. Sorry but that is #NotMyPresident.

I’ve watched far too many grown boys (they aren’t really men by their actions) cat-calling women and openly being in their face. Confrontation is most often a negative word and you’re trying to make it work for you. If this sounds like your formula for picking up a woman – think about who responds. Those who have accepted being maligned and offended. There’s no wonder relationships pass like cars on a busy street when you have no love or respect for self or others.

We live in a commodity age as consumers. But people aren’t products to be bought, traded, sold, discarded, trashed. There is no rating system that applies to people because each has unique qualities and gifts they bring with them. Those gifts aren’t likely to be shared with the uninformed, stupefied masses watching TV and drinking Coke.

Brothers please get your life together. Dominance isn’t the way for living in cooperation with others. We have to stop bully behavior when its witnessed, and listen if someone calls you out as a bully. Learn to love and respect yourself – then maybe you can find an opening through that work to bring listening, love and respect for others into your life.

Yesterday I took a trip to my small local grocery store and got a call from my best friend about her amazing time at the Women’s march in DC. She was giddy with excitement and we shared about our hopes and ideas and experiences participating in the actions of the day. As I left the store, a man who was checking out looked up at me and said “You’re so cute, so beautiful, what’s your name?” I looked at him but made no reaction and continued my phone call. He followed me out of the store and repeated the same line. I turned and said “I’m on the phone” and he said- loudly- “Oh, she’s too loud though, that’s too bad.” I was livid. I was almost to my car at that point but I turned back and approached him and said loudly: “You are incredibly rude. You are being extremely offensive.”… 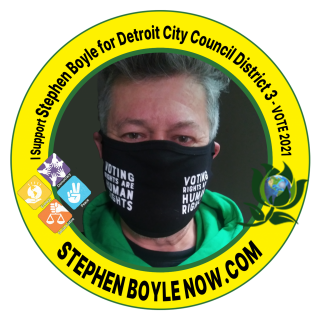